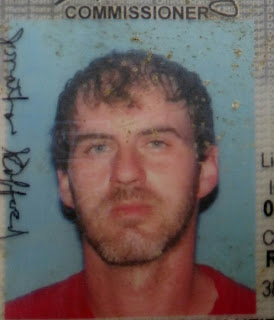 The Winston County Sheriff's Office is asking the public's assistance in locating Johnathan Keith Stafford wanted for questioning in connection with a number of burglaries in the county, including several in the Nanih Waiya area. Stafford from the Preston area is a white male, 32 years old, 180 lbs and 5' 10" tall. He is known to drive a black Dodge Journey. If you have information as to his location please contact the Winston County Sheriff's office at 662-773-5881 or Winston Co. Crime Stoppers at 662-773-9999.

Louisville Police and ATF officials are investigating a burglary of a number of guns from a Louisville business. The burglary occurred at 4:13 am on Monday (2-20-17) at the Western Auto on West Main. Reports indicate that more than 10 handguns were taken. This is the second time this property has been burglarized since May of 2016.

Assistant Chief Andy Taylor indicated that there was surveillance on the scene and that the department is reviewing video and following up on other leads.